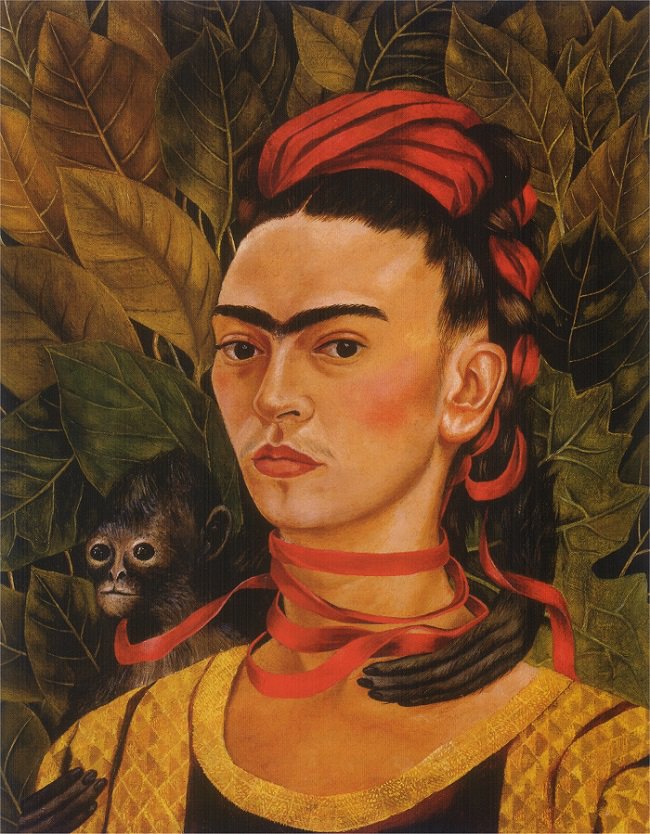 This Saturday, as the Sun transits her natal Venus, one of the world’s most iconic artists will again find herself in the spotlight when the V&A in London hosts an exhibition of the wardrobe and belongings of artist Frida Kahlo, many items of which have been locked away from public view for over 50 years.

Venus rules beauty in all forms, so it is appropriate that the exhibition will not only reference Kahlo’s paintings but also feature her clothing, jewellery and even items of makeup.

The Midheaven and 10th house give clues to the extent and form of our fame and public image. Frida Kahlo’s Midheaven at 23 Taurus 20 is ruled by Venus in the sign of the twins, appropriate for an artist with two dates of birth: A passionate political activist, she was born in 1907 but gave her year of birth as 1910, the year of the beginning of the Mexican Revolution.

In keeping with the communicative nature of Gemini, Frida’s paintings were a means to tell her own story; “They thought I was a Surrealist but I wasn’t. I never paint dreams or nightmares. I paint my own reality.”

The dual nature of Venus in Gemini is present in her paintings and in her self-image. She refused to conform to traditional stereotypes and her self-portraits display the many facets of her complex personality. In some the artist is in traditional Mexican costume, in others clothed in the European fashion. Most striking are those in which the she appears as a boy, sporting the three-piece suit she famously wore for a family photo.

The duality of Venus in Gemini was also present in her romantic life. In the words of Dusty Springfield, she was ‘as capable of being swayed by a girl as by a boy’ and even while married to fellow artist Diego Riviera, had affairs with some of the most glamorous women of the age, including (it is said) the beautiful dancer, activist and agent of the French Resistance Josephine Baker.

Frida was fascinated with Mexico’s pre-Columbian cultures. Many of her paintings contain iconography related to Aztec beliefs and mythology. She and her husband even built a model of an Aztec temple in courtyard of their home (the ‘Blue House’ in Coyoacán) which can still be visited today. Many of the animals which appear in her self-portraits reference the Aztec and Mayan belief in the ‘nahual’; a spirit animal companion very similar to the concept of the daemon (a person’s ‘inner-self’ in animal form) which will be familiar to readers of Philip Pullman’s ‘His Dark Materials’ books. Unsurprisingly, the animal companions which appear in Frida’s paintings are all Geminian in nature; agile monkeys, talkative parrots, variegated butterflies and hummingbirds which were her constant companions, both in art and in life.

​A graduate of John Frawley's Horary Astrology Diploma Course, I work primarily with traditional Western Astrological techniques, but have also studied traditional and modern Western natal astrology, Renaissance Astrological Magic, Vedic Astrology and Chinese Astrology. I work full time as a consultant  astrologer, using techniques which give proven results and have stood the test of time.  My approach to astrology is rigorous and practical – the result of over twenty years of study and experience in a working, living tradition.  ​   View all posts by louiseofarabia